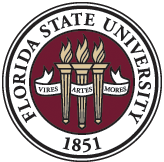 In the lab, we generally explore automatic evaluative processing, specifically how the evaluation of threat can be distinguished from other types of negativity, and how such unique processing plays out from a social cognitive perspective. I apply this threat distinction to the study of many phenomena, both basic and more applied. While we pursue more basic work on threat perception, we also see how threat influences social phenomena, specifically prejudice. We also pursue research on attitudes more generally, specifically those that arise from evaluative conditioning. Please see below for brief descriptions of some of these lines of research.


I have developed the dual implicit process (DIP model, which describes two functionally distinct and serially-linked automatic evaluative processes: the first automatic (or implicit) process (i1) is solely oriented toward evolutionarily derived and socially learned threats to bodily harm. This initial process precedes and potentially influences the temporally subsequent automatic (or implicit) process (i2) that encompasses the full evaluative continuum (positive to negative) and includes evaluative information beyond mere threat. These two implicit processes precede and potentially influence explicit and controlled judgments and behaviors. All of these processes feed information forward and back to influence each other. The way that this dual implicit processing occurs is by taking advantage of an evolutionarily adapted dual route for processing information.

In broad terms, humans have a quick and dirty path for rapidly processing and responding to perceived threats, and another more cortical path that provides more nuanced information.By incorporating into dual process models what we argue is a qualitative difference between automatic threat and other automatic evaluative processing, the DIP model advances our understanding of the entire evaluative process. Instead of lumping automatic prejudice, food cravings, phobias, intimate partner violence, and addictions into the same “implicit” box, we propose that some stimuli and events—specifically those indicating an immediate threat of bodily harm—are processed in a unique fashion.

Given the evolutionary significance of survival, the mind might be particularly sensitive (in terms of strength and speed of reaction) to stimuli that pose an immediate threat to physical harm. To rectify limitations in past research, I pilot-tested stimuli to obtain images that are threatening, nonthreatening-negative, positive, or neutral. The important thing about these images is that while both the threatening and negative images are indeed negative in valence, only the threatening images contain actual survival threats. That way, any difference in reactions to these two image sets is not due to their valence, since they are both equyally negative, but due to their different threat-relevance.

These images and valence/arousal ratings can be accessed by downloading this folder.

I have also presented these images subliminally, and measured responses over time using skin-conductance. In the figure to the right, you can see larger SCR over time to threatening stimuli while responses among the other classes of stimuli did not differ from each other.

This research indicates that the mind initially responds more strongly and quickly to threatening than nonthreatening-negative stimuli and highlights the nuanced way disparate types of negatively valenced stimuli are evaluated. It also suggests that integrating such sensitivity to threat into social cognitive processes of evaluation in the form of a Dual Implicit Process model could account for a wider array of social functioning.

While outgroup bias is well studied, ingroup bias has received far less attention. I examined ingroup biases among Hispanic women and outgroup biases toward Hispanics among White (Caucasian non-Hispanic) females using the startle eyeblink paradigm, the Implicit Association Test (IAT), and an explicit self-report measure. Hispanic and White male faces were used as exemplars during both the startle task and the IAT. A similar pattern of results were observed for indirect measures: both groups displayed startle and IAT responses indicative of negative attitudes toward Hispanic male faces relative to White male faces, although less so for Hispanic participants.
A DIP model (see above) interpretation of these results suggests that that these measures index different aspects of attitudes and tap into different processes. The IAT measuring the valenced group level association, startle measuring lower-level fear associations.
Evaluative Conditioning
For an overview, see: March, D. S., Olson, M. A. & Fazio, R. H. (2018).   The Implicit Misattribution Model of Evaluative Conditioning. Social Psychological Bulletin, 13,  e27574.

In Study 1, images of Obama from FoxNews.com were rated more negatively than images of him from CNN.com. In Study 2 (n=215), participants with weaker attitudes exposed to FoxNews.com images (versus all other images) evinced the most negative SC-IAT bias toward Obama. Thus, incidental exposure to valenced media portrayals can impact attitudes toward public figures.